Our writing this half term was based on the children's book 'Outlaw' by Michael Morpurgo and the short film 'Alma'. Once completed, the children's stories were collected together into storybook volumes or presented artistically. 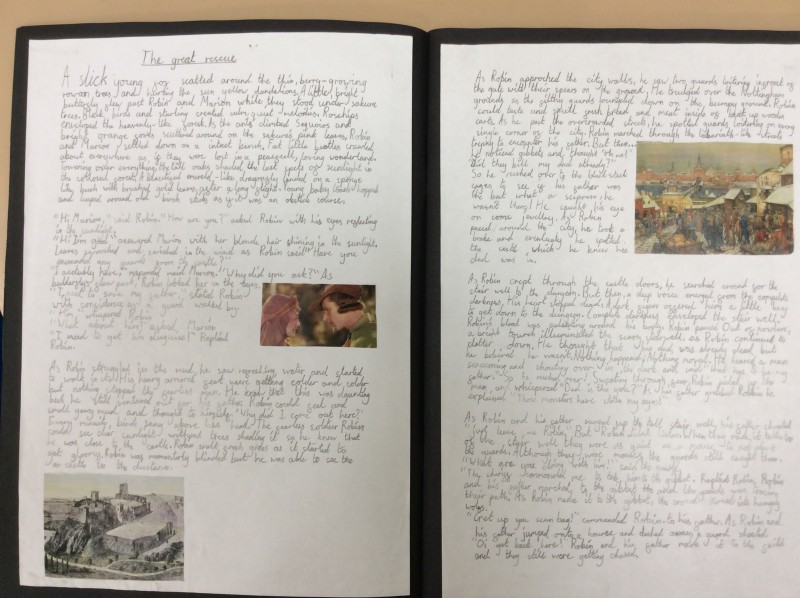 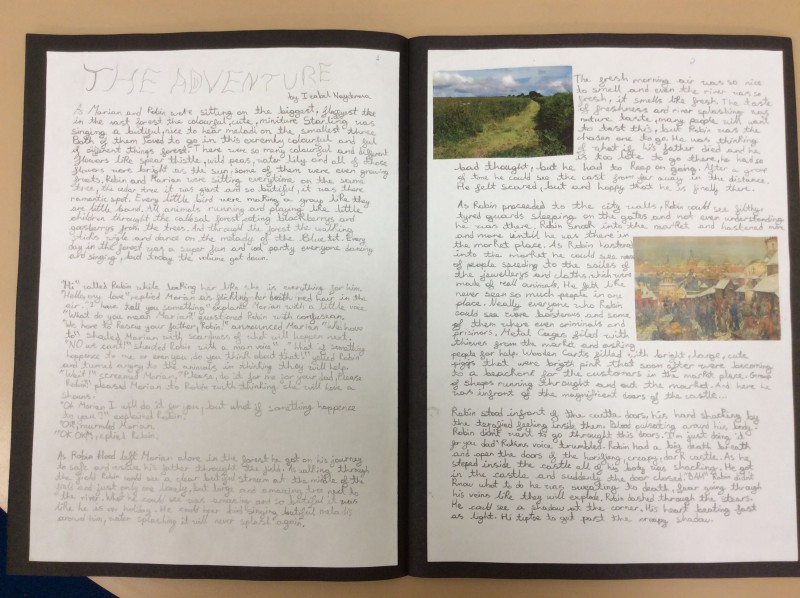 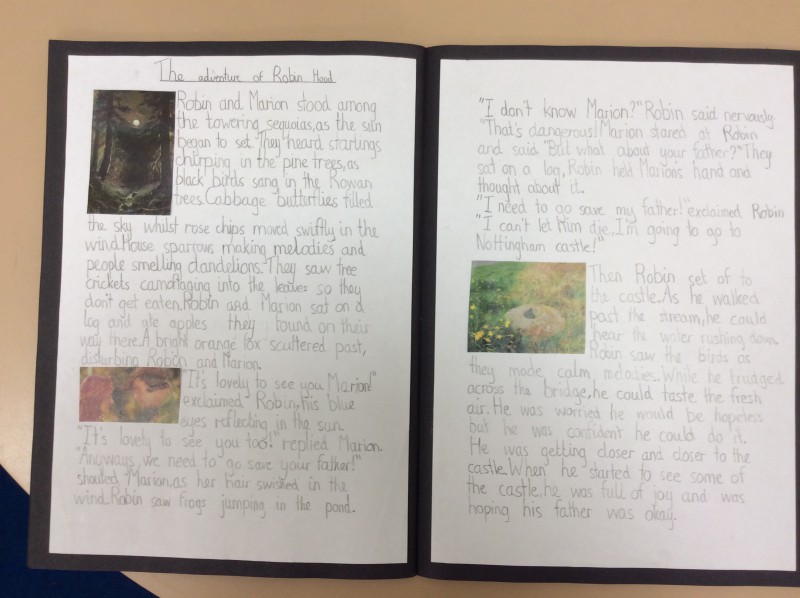 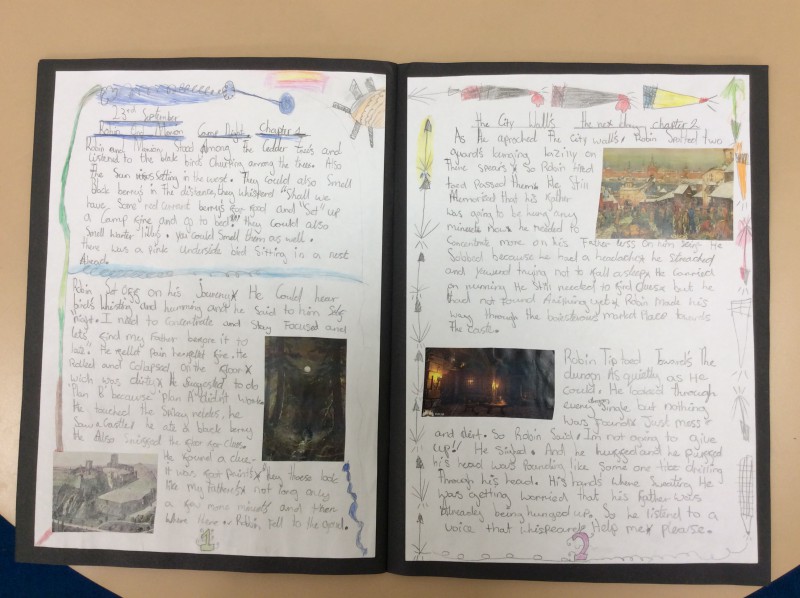 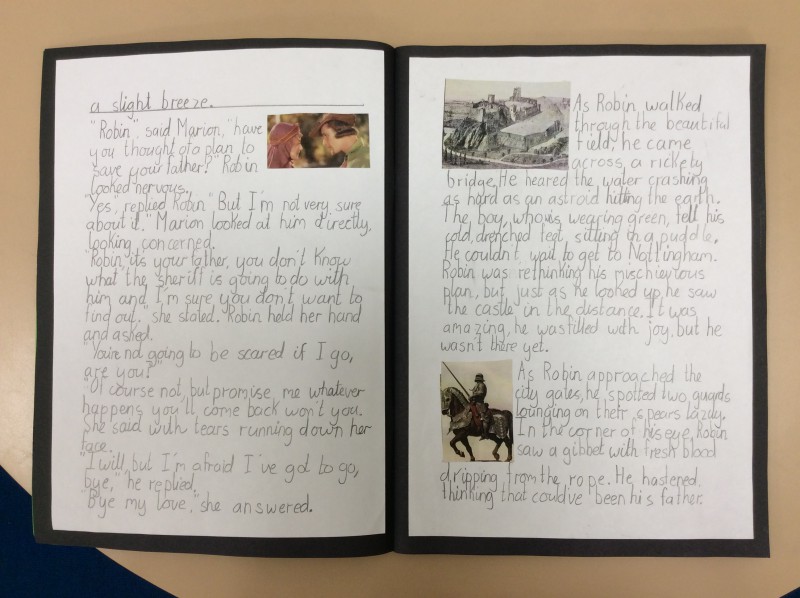 To accompany the book, the children created their own stop motion animations. The silent animations portray the same narrative and the children thoroughly enjoyed creating them. 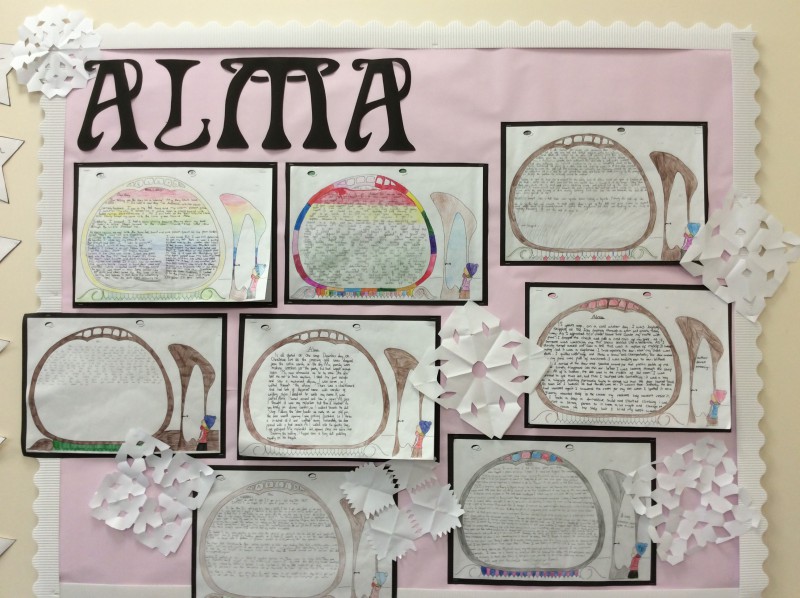 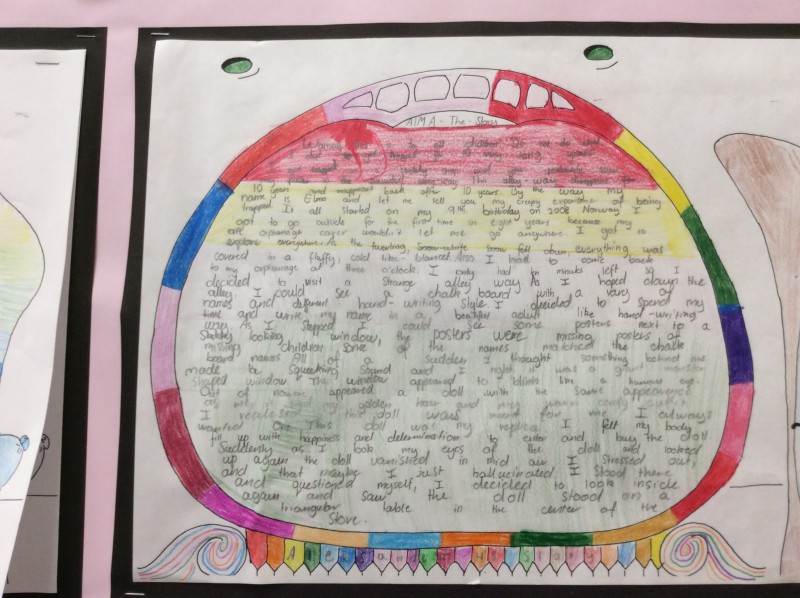 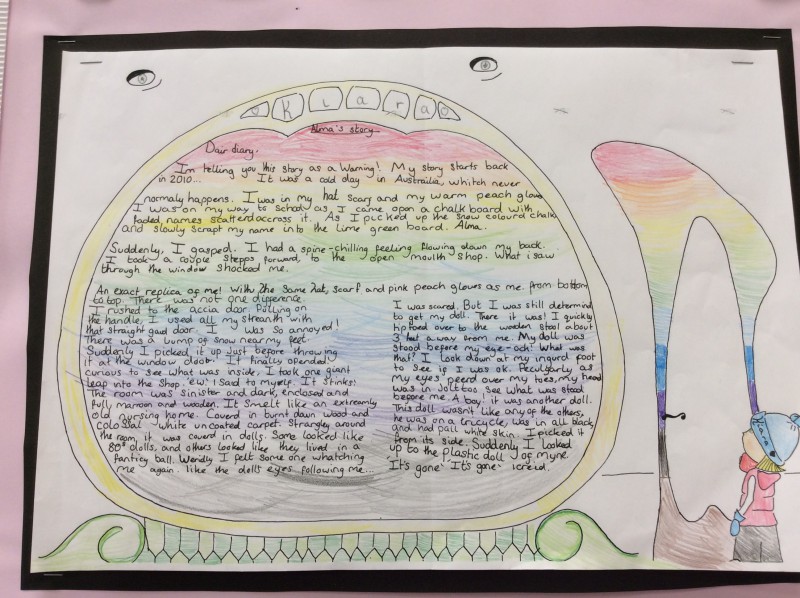 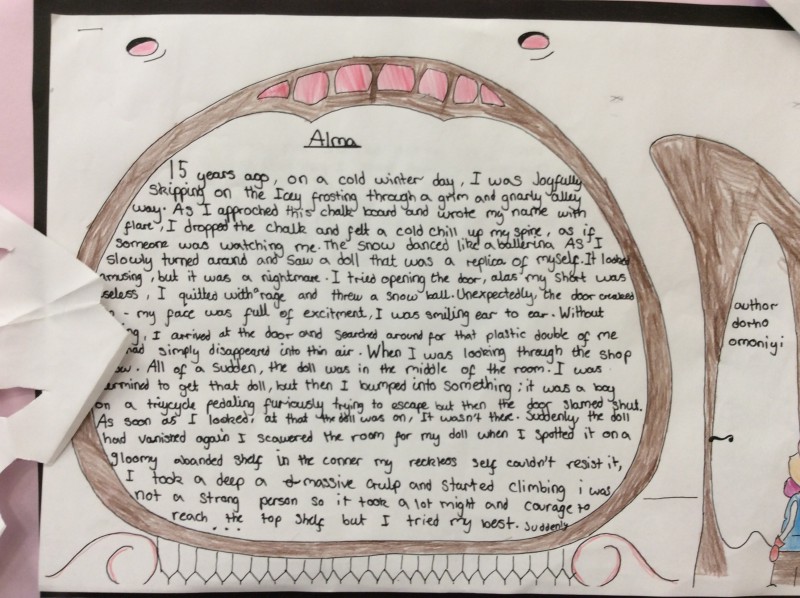 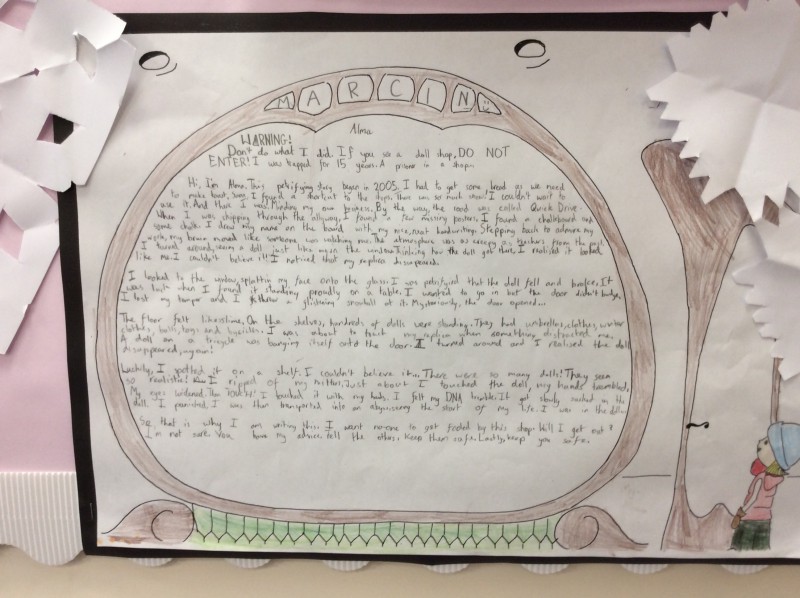 Nottingham Past and Present

We studied the work that various members of local Anglo-Saxon groups would have done and created our own long-lost diaries. 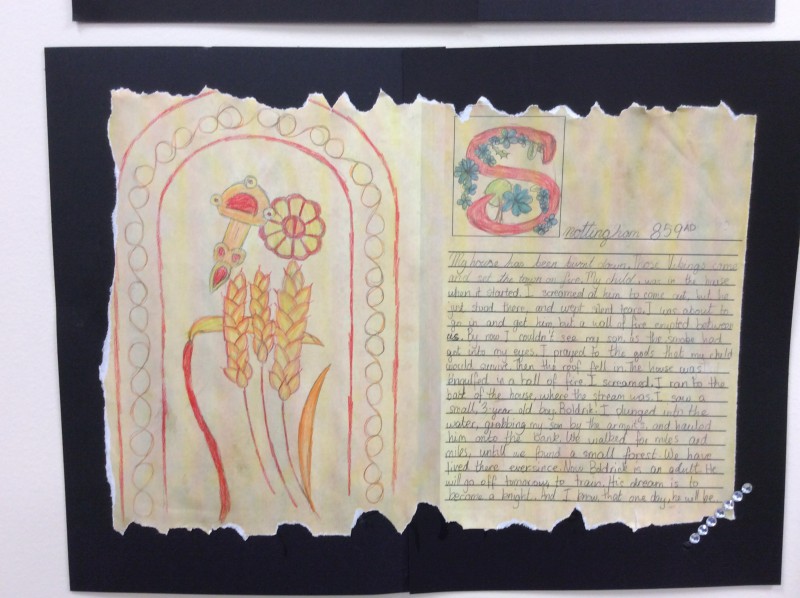 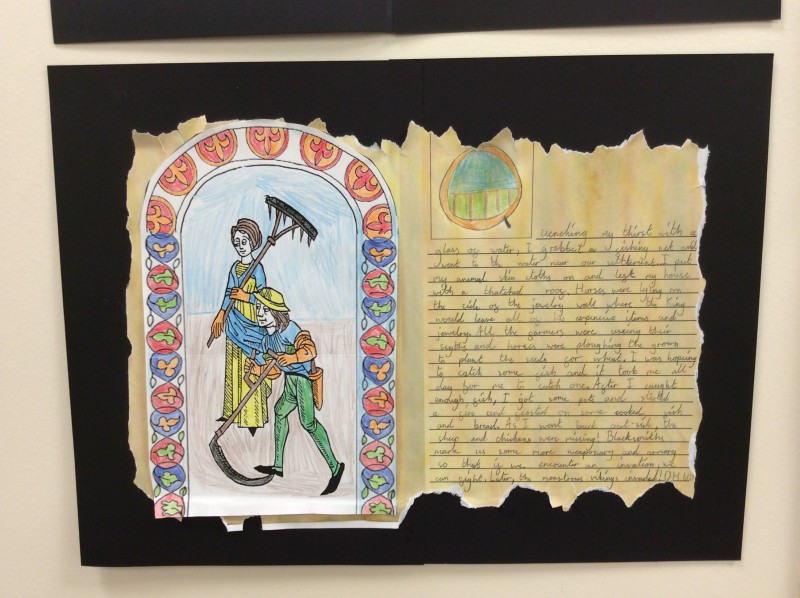 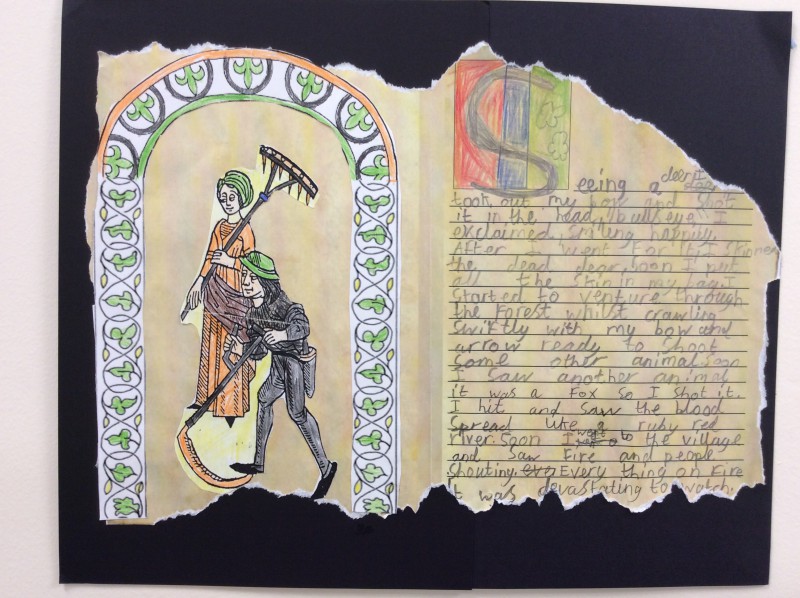 We then studied the work that local people did in Nottingham during the industrial revolution. The children saw the development from rural work such as farming and agriculture to more local, urban industries such as lace, coal-mining and bicycle manufacture.

We studied some examples of Watson Fothergill's local architecture to inflence our drawing. First, we practised one-point perspective drawing: 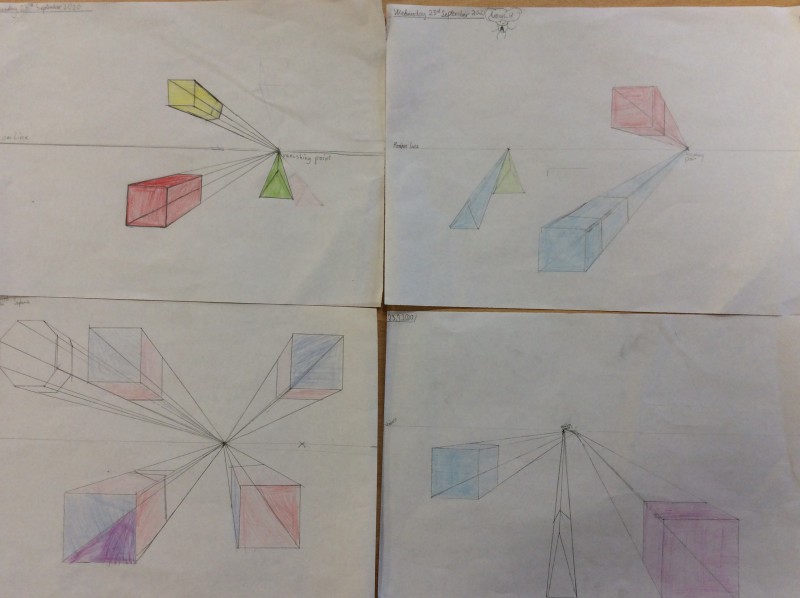 The children learnt about the vanishing point and horizon and were able to use these reference points to draw a range of 3-D shapes accurately.

Next, we had a go at designing a house using one-point perspective drawing. Once the house was drawn, we practised some shading techniques to complete our architectural drawings. 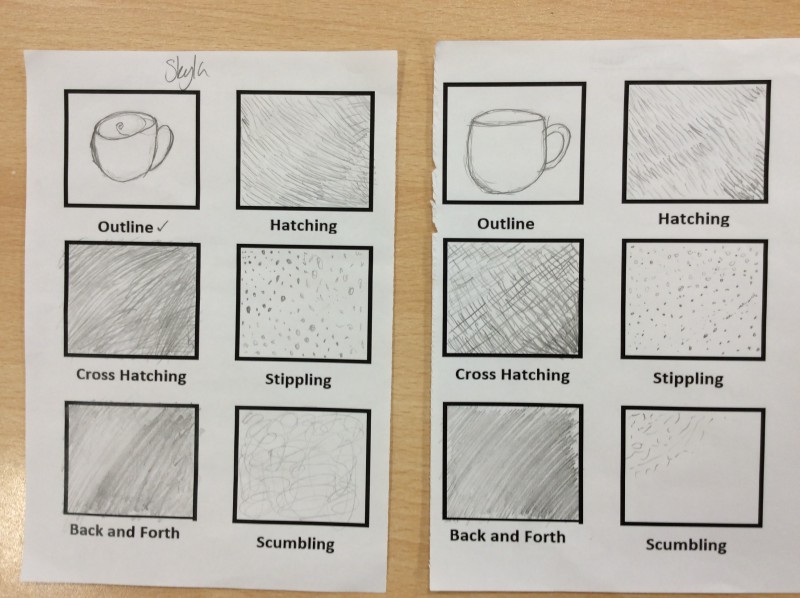 Here are the final drawings: 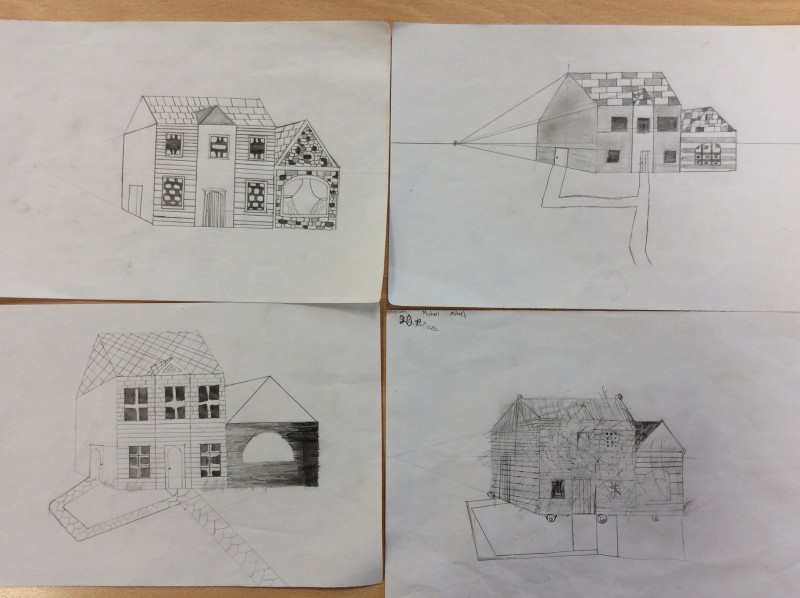 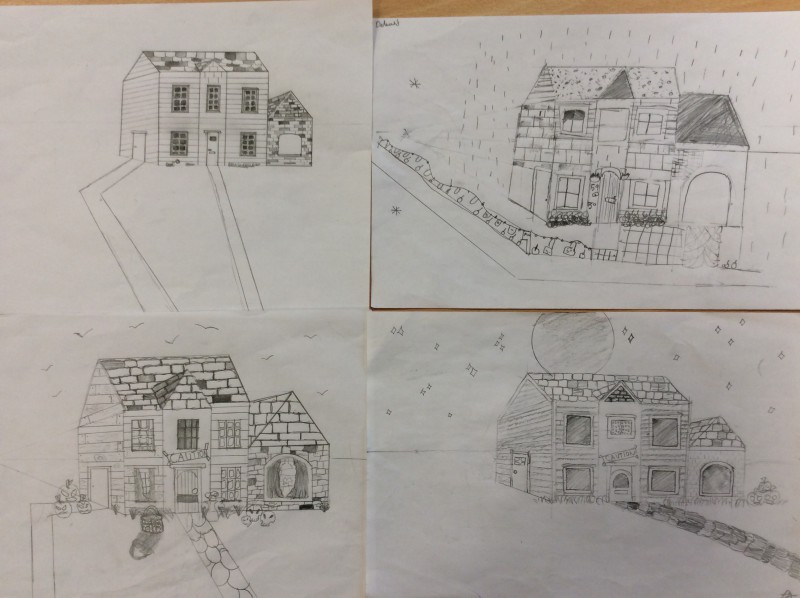 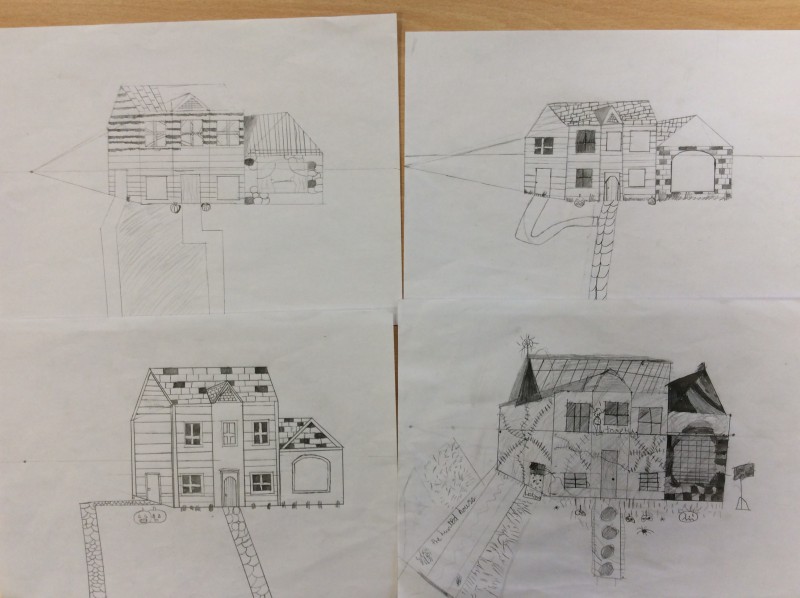 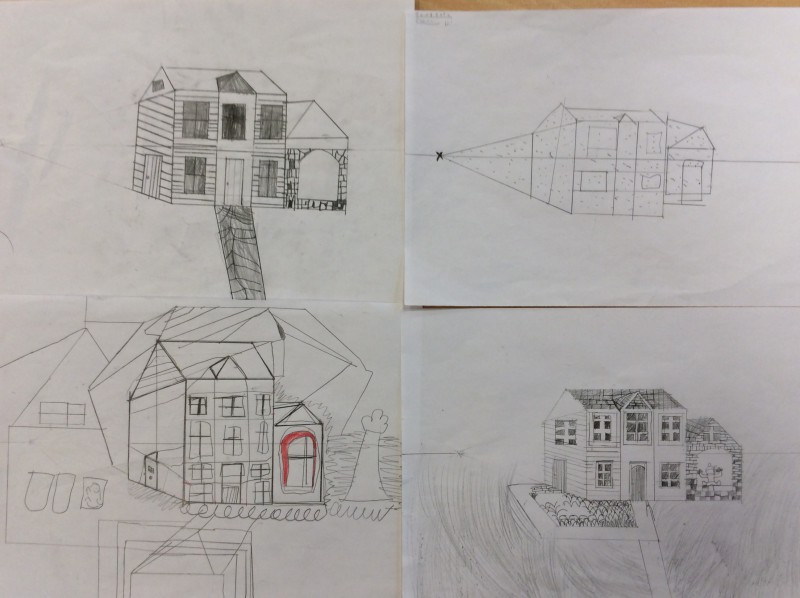 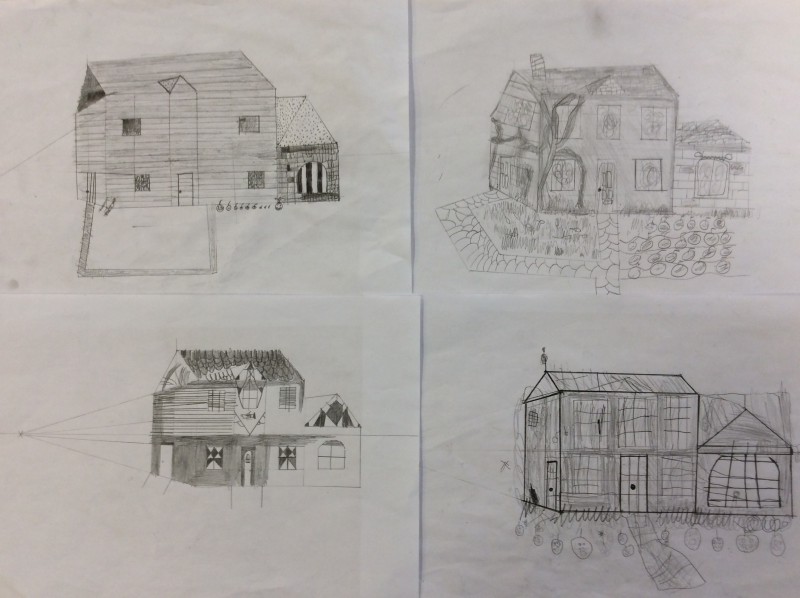 At the beginning of the term, we studied oppositional forces, focusing on gravity and air resistance. In order to explore air resistance a little more closely, we created an experiment to test the effect that parachutes of different surface areas would have when dropped from the same height. It became a little competitive, which was a good thing when it came to refining parachutes and evaluating the experiment! 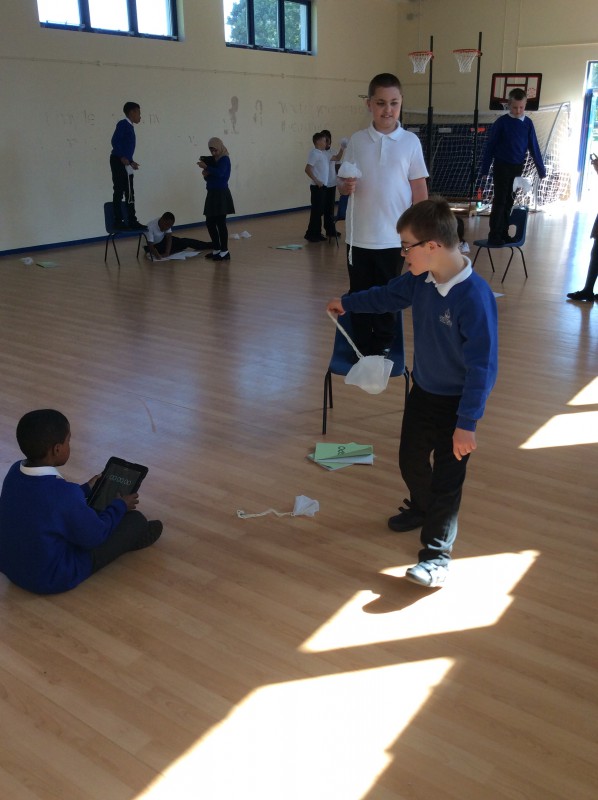 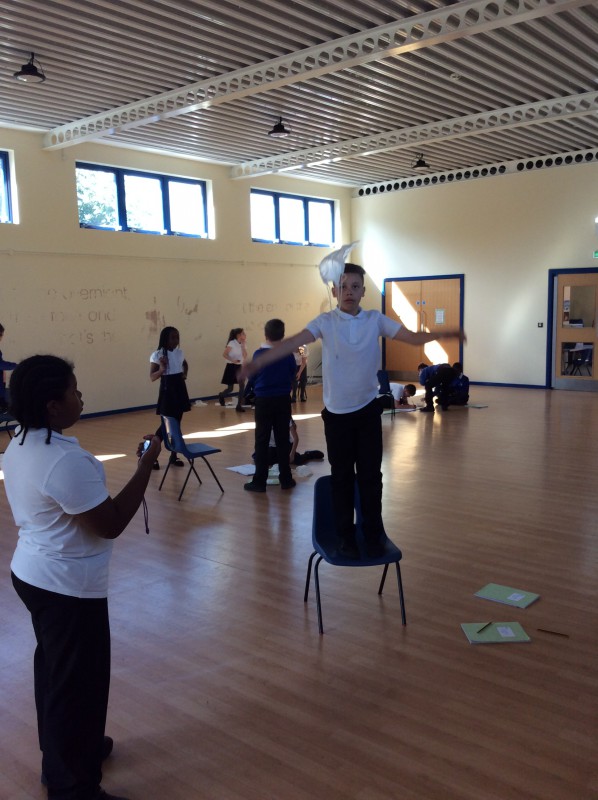 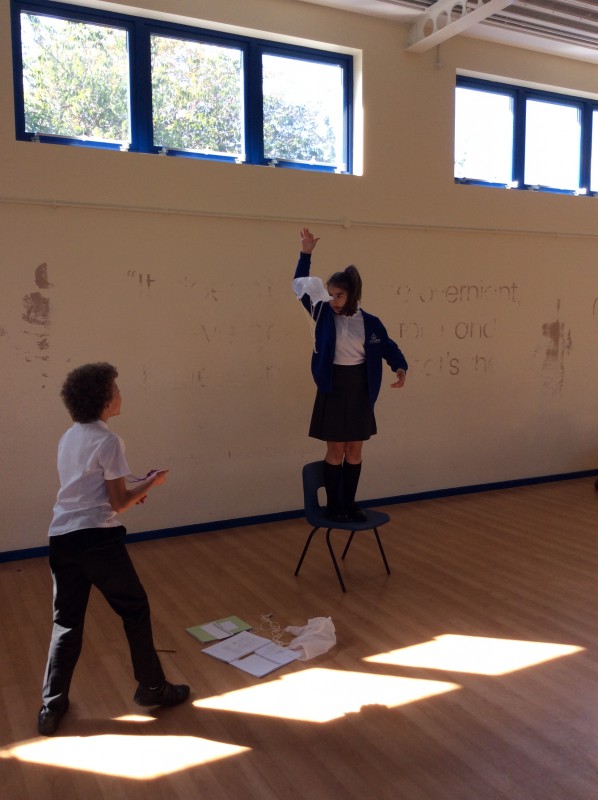 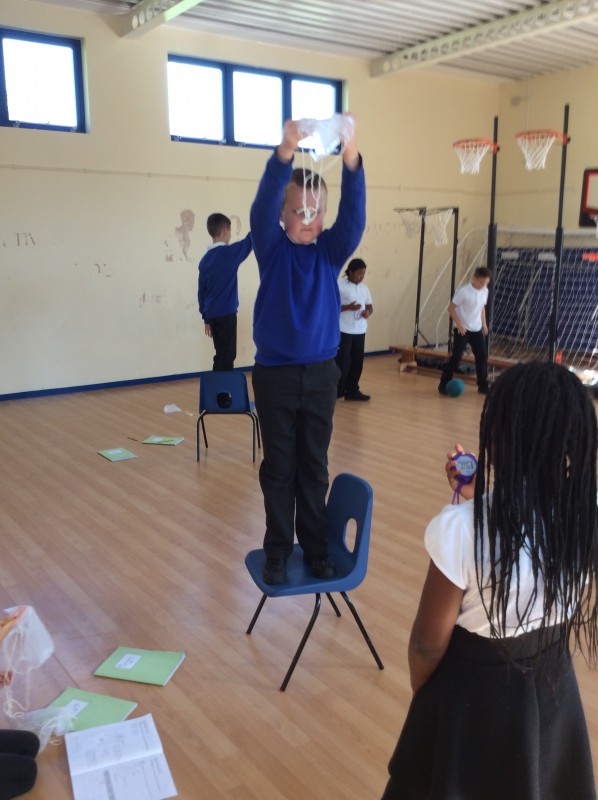